For those who have not yet discovered Heaven, I am honored to be the host in RODNA 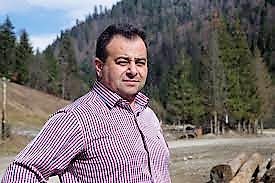 For those who have not yet discovered Heaven, I am honored to be the host in RODNA

“For those who have not yet discovered Heaven, I am honored to be the host of the blessed places in RODNA, to invited to admire the history of the Wine Valley, Rodna Fortress, our traditions, Rodna Mountains National Park, water springs thermal baths, worthy people of the place in the wood industry and think about whether it’s your place here, either as a tourist or as a businessman.”

Known today as Rodna, our town has been inhabited since the Stone Age being one of the oldest towns in these lands. During the Arpadian kings, Rodna was led by a royal committee and enjoyed many privileges: it had its own emblem, its own silver coin called “Rodna pond mark”, it had

counties, juries and documents were issued, to which were added many installations. mining, and the Someș Valley was called the Rodna Valley. The wonderful landscape, the tourist objectives and the historical load of this area made possible todna supports and encourages investments in tourism, especially by offering facilities such as: land for investment, skilled labor, support for obtaining permits, preferential utilities and facilities, natural resources, energy independent thermal and electrical – obtained from biomass, etc.

It is desired to create new accommodation places  considering both the large flow of tourists who come to visit the Rodna Mountains National Park and the arrangement of a ski area, a project already submitted for funding to the Ministry of Tourism.

In 1900, the Hotel Băilor was built, following the model of some old Swiss hotels. The buildings and lands in this area belonged to the Royal House Foundation in the interwar period, but after the king was forced to abdicate, the writer Mihail Sadoveanu, as president of the Writers’ Society, transformed this hotel into a place of creation and rest for writers. .
Here they found their inspiration and quietly wrote Liviu Rebreanu, George Coşbuc, Mihail Sadoveanu, Lucian Blaga, but also Ana Blandiana, Andrei Pleşu, Hortensia Papadat-Bengescu or Alexandru Mitru but after the Revolution the buildings were abandoned. Category B building, which we want to restore and turn into a luxury hotel, a project in which we need financial support.

The Rodna Mountains National Park is a protected area of national interest, IUCN category II, located in northern Romania, on the territories of Bistrița-Năsăud and Maramureș counties, in the center of the Rodna Mountains.The natural tourism objectives are part of the Rodna Mountains National Park.
The “Pietrosul Mare” scientific reservation, 3300 ha, is located in the N-W part of the Rodna Mountains. It was founded in 1932 and has a scientific area of ​​absolute protection. In the reservation there are a series of rare species of plants, Carpathian or Rodna endemics;
The “Ineu – Lala” mixed reservation, 2568 ha, presents a wide development of the glacial relief (custos, circuses, glacial valleys, moraines), comprising elements of the particularly picturesque hydrographic network (waterfalls, glacial lakes) and elements of the characteristic flora and fauna. – birch yew, birch and rooster;
Glacier lakes: Iezer, Buhăescu, Ştiol, Lala Mare and Lala Mic;
Speleological reservation Cobăşel Cave, 1 ha; Mineral water springs; Anieş Valley;
Zăvoaiele Borcuţului;
Poiana botanical reservation with daffodils from Mount Saca, 5 ha;
Fauna and flora: cornflower, birch rooster, black goat, marmot, etc.

In Rodna commune there are a  number of 73 companies in the fields: forestry, trade, transport, etc., of which the most representative are:

Rodna concentrates a large number of tourist attractions in the natural setting, but also a large number of monuments of literature and art or folklore, such as the Rest House of the Writers of the Wine Valley, the ruins of the Dominican Basilica from the century 13th century, the imposing Orthodox Cathedral, the Ethnographic and Mining Museum, the traces of the catacombs, etc. All these elements make Rodna a bright spot on the tourist map of the country, a real pole of tourism in the area.

Rodna Fortress or Rodna Fortress Church
It is located in the commune of the same name in Bistrita-Nasaud County, at the foot of the Rodna Mountains. The fortress was built in the 13th century and was part of the defensive system in northeastern Transylvania and to stop the invasions of the Tartars or Cumans, as well as to stand in the way of military interventions from Moldova. From the greatness of the old fortress, today only a part of the walls that need consolidation operations remain. The ruins of an old Dominican monastery are also preserved in the perimeter of the fortress.
The whole mountainous area has been inhabited, however, since the Stone Age. The historical proof are the bronze pickaxes and axes found here, at the beginning of the 1900s. The objects were then sent for authentication to the Brukenthal Museum in Sibiu. Later, however, during the Second World War, their trace was lost, leaving only the minutes of receiving the axes and pickaxes.
The first historical attestation of the fortress of Rodna was made late, only in 1235. The Russian chroniclers of the time wrote that in Rodna there was a mining center of great importance, and here silver objects were made with great skill.
The Catacombs of Rodna
According to archaeological sources and discoveries, Rodna is crossed by a series of catacombs, which are said to reach the neighboring village, Anies, located about 3 kilometers away. The secret tunnels under Rodna and the stories about them have not stopped multiplying over the years. It seems that in these catacombs hundreds of Rodneni died during the Tatar invasion of 1241. Also, the ruins of the fortress in the courtyard of the Orthodox Church are evidence of the destruction of Rodna by the Mongols in 1241.

The geographical configuration of the county offers another important natural resource that it constitutes the fauna and which is valued by hunting. Inventory game herds
in 2016 there were 454 specimens of the bear species, 230 wolves, 72 lynx, 315 wild cats,
compared to 2012 when 448 specimens of the bear species, 227 wolves, 73 laughs, 306 wild cats.
It hunts deer, deer, wild boar, foxes, wolves, bears, rabbits, partridges, but also pheasants and mountain roosters. It should be noted that the county is the largest
concentration of brown bear in Europe.

“Construction of an adventure and leisure park of 5 ha – Toacă area”
“Construction of access road for the ski area, 9 km”; “Arrangement of the riverbed promenade Rodna-Valea  Vinului and Someșul Mare”; “Rehabilitation of 10  bridges and  construction of 2 bridges”; “Construction of agricultural roads” “Construction of the gondola access to Capul Beneș”; “Acquisition of a green line for electric buses and a power station” “Development of Rodna tourist resort, Valea Vinului village”; “Intelligent street lighting in Rodna resort, Valea Vinului  village”; “Mining Museum in the gallery at km 3”; “Arrangement of green spaces / parking lots and information points within Rodna commune and Valea Vinului village”; “Research, reopening and arrangement of catacombs”; “Arranging the museum of the Rodnean Peasant Farm”; “Covering blocks, repairing roofs and installing solar panels for electrical efficiency for a number of 14 blocks.”; “Digitization of the historical events of Rodna Commune, Bistrița-Năsăud  County”; “Establishment of the Rodna-Veche Cultural-Historical  Association”; “Summer sleigh-roll-coaster”
“Parking arrangement in the block area”
“Arrangement of a children’s playground in the block of flats”; “The route of the 5 mine mouths and their legends”
“Construction of an event hall in Valea Vinului village”; “Arranging a tourist route for bicycles”
“Downhill route arrangement”
“Establishment of a recyclable waste collection and processing center”
“Consolidation and conservation of the ruins of the Fortification Church from Rodna Commune” SVSU center equipment. Construction of a mountain rescue center; Benes-Poiana Rotunda  Tyrolean construction

FUTURE PROJECTS
“Development of the Valea Vinului ski area, Rodna commune, Bistrița-Năsăud county”
“Rehabilitation and modernization of the existing building for the establishment of a day center for the elderly and a home care unit for the elderly in Rodna, Bistrița-Năsăud County”
“Consolidation, conservation, restoration and enhancement of historical monuments of national importance The Greek Catholic Church of St. M. Mc. Gheorghe and the bell tower from Rodna ”
“Chapel construction in Rodna commune, Bistrița-Năsăud county”
“Agape Hall + parking arrangement in Rodna commune, Bistrița-Năsăud county”
“Visiting center for the project Implementation of management measures for the conservation of species and habitats of community interest in the National Park and Natura 2000 Sites Rodna Mountains (ROSCI0125, ROSPA0085)”
“The arrangement of the Izvorul Roșu brook riverbed from km1.0 to km1.20 and the arrangement of the Izvorul Băilor brook bed from km 1,150-1,380, respectively from km 1,630- km 1,800”
“Extending, modernizing and equipping the educational infrastructure for vocational and technical education – Florian Porcius Rodna Vocational School”
“Construction of a pedestrian walkway over the Someșul Mare River in Rodna Commune, Jud. Bistrița-Năsăud ”