“I will be the perfect host for all those who want to visit the famous Fortress of Fagaras”, says Sucaciu Gheorghe-mayor of Fagaras City Hall 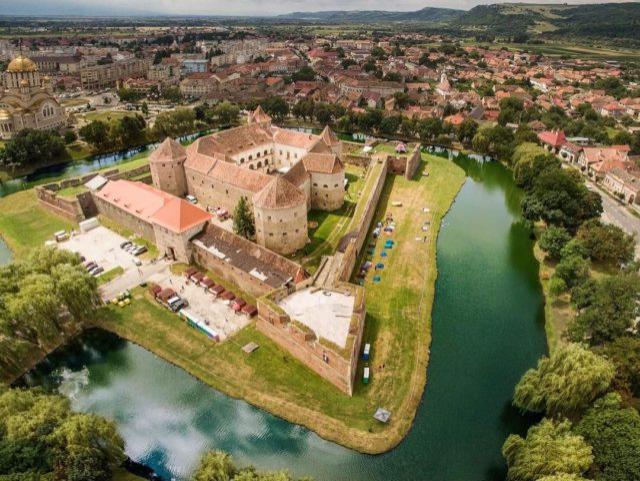 “I will be the perfect host for all those who want to visit the famous Fortress of Fagaras”, says Sucaciu Gheorghe-mayor of Fagaras City Hall

Făgăraş Fortress is the most imposing monument in the area, one of the largest and best preserved in the entire country and even in Europe.

The fortified feudal complex from Făgăraş, whose construction began at the end of the fourteenth century and continues, through successive additions, until the middle of the seventeenth century, was preceded by a wooden fortification, surrounded by a sun and earth wave, archeologically attested for the 10th century. This fortification, the proof of the existence of an early voivodship local politico-military organization in Făgăraş County, was destroyed in the middle of the 12th century, following a strong fire, as evidenced by the remains revealed by archaeological excavations that accompanied the restoration works.

In the 15th century, the stone and brick fortress from Făgăraş is attested as a military defense fortress, with four bastion towers at the corners and an outpost tower on the east side.

In the first half of the 16th century, between 1S28-1S41, Ştefan Mailat, the master of the feudal domain of Făgăraş, then voivode of Transylvania, transformed the military defense fortress into an unassailable fortified feudal castle; at the same time, he built a new enclosure and transformed the east tower into a tower of the gate of the outer fortress. To the right of the gate, the eastern wall bears the noble coats of arms – carved in stone – of Stefan Mailat and his wife.

The residence of the princes of Transylvania, the fortified feudal complex from Făgăraş defined its current shape and proportions in the last part of the 16th century and in the first half of the 17th century. Important works were undertaken during the time of Princes Balthazar Bathory (1S89-1S94), Gabriel Bethlen (1613-1629) and Gheorghe Rackoczi I (1631-1643).

Thus, Gabriel Bethlen brought Italian architects who imprinted on the aesthetic construction of the Renaissance – floral motifs and coats of arms, stuccos, open loggias in arches; at the same time, the four bastions are built at the corners of the fortress – casemate in Italian style.

During Gheorghe Rackoczi I, the exterior walls on the north and south sides were doubled on the inside, and in the created spaces an earth filling was applied, achieving a resistance of 8 m thickness. The guard building is now being built on the east side, and the defense ditch around the fortress is widened, deepened and filled with water from Olt, thus becoming a real lake.

Following these works, the Făgăraş Fortress – the political-administrative center of the great domain of Făgăraş – became an imposing medieval ensemble. The adaptations and additions of constructions to which the fortress is subjected will culminate, in the 17th century, with its transformation into a magnificent princely residence, this being the apogee period of the history of this majestic monument.