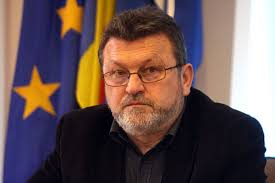 The City Hall wants to develop an industrial area, dedicated to Small and  Medium  Enterprises and they have carried out a feasibility study for this project, through the opportunity offered by the European Union.

The Industrial Park position is right next to the belt that connects with Serbia.

The DETA City  is an administrative, economic and cultural center of micro-regional importance, between Timisoara and the border with Serbia, at a distance of 44 km from Timisoara and 118 km from Belgrade-Serbia.

The population of the city is 7598 inhabitants. It is a road node, the city is crossed by the railway that connects Timisoara to Belgrade. Deta town has three twinning with Hungary; Serbia; Italy.  The city  has two schools with the following        specializations: mathematics-computer   science, philology, trade, accounting and wood processing and the School of Arts and Crafts with qualifications such as universal carpentry, panel, plywood, veneer and leather confectioner. The town of Deta has a pool with thermal water, which has therapeutic properties in  rheumatic diseases, some  dermatological diseases and wound  healing.

Industry is the most important economic branch of Deta  city. Traditionally, wood processing factories (plywood, veneer) as well as the clay mining industry have developed here. After the 1989 revolution, development was severely hampered, so that after 2000 Deta could start the development process again. A number of foreign investors, some multinational companies, have opened numerous factories here that have   polarized economic activity and human resources in the locality and the area of ​​influence.

Other companies are present in the fields of wood processing, food industry, textiles.

An important stage in economic   development was the opening of the road around the City.

Built with European and government funding, it allows the city to expand and attract new investors. The belt is about 8 km long and diverts traffic from the European road E70 Timisoara – Moravița.

The economy of our City DETA

Other important representative commercial companies are:  NIADAL ABATEX and RO-LAS-NEM in the field of food industry, LUX and ESSEGY TEX with activity in the field of textile garments. The city of Deta has natural gas.

The town of Deta has a thermal pool with thermal water, which has therapeutic properties in rheumatic diseases, some  dermatological diseases and wound  healing.

The town of Deta has a natural park, left over from the old forests, which represents a combination of trees: oaks, lindens,   maples, hawthorn and acacias, some specimens of oaks having a considerable age of over 400 years. At the same time, the area is  suitable for organizing various recreational activities, such as fishing and hunting.